Dementia, strokes, Parkinson’s and other neurological illnesses are increasing in numbers as the baby boomer demographic grows older. Adding to this burden of care for the numbers of people with these illnesses are those who are younger and have suffered severe brain trauma. While mortality is decreasing, likely due to improved in-hospital care, it may mean that there will be more people living with the consequences of the brain trauma and requiring significant care giving. Nearly half of severe traumatic brain injury survivors have disability related to the injury after one year, some with minor cognitive, motor, or sensory problems, others in prolonged coma or minimally conscious states. It is rewarding to read about the use of music therapy used as a way to improve some function in these patients. Concetta Tomaino, a pioneer in the field of music therapy for 38 years, worked as a clinician, scientist and administrator. In partnership with Dr. Oliver Sachs, she demonstrated that music has the “power to help stimulate patients with Alzheimer’s Disease; help Parkinson’s patients learn to walk again; help restore speech to a patient who has had a stroke. . . ” We asked Dr. Baxter Allen, a neurologist in fellowship training in the area of brain trauma, to give us a description of how sound is received and incorporated in the brain and to discuss research in the area of music therapy and its ability to aid in recovery of brain injured patients.
— Dr. Patricia Yarberry Allen, Publisher

Music has been a part of the world since before history was recorded: the songs of birds, the pitter-patter of raindrops on the earth, the low bay of the wolf resonating over a wide range. While writing, or at least some symbolic representation of language, came to human communication sometime between 5,000 and 10,000 years ago, the earliest known musical instruments are more than 40,000 years old. Human language is now thought by many to have come from music, rather than the other way around. Indeed, as humans develop during infancy and childhood, concepts of rhythm and tonality, or prosody, supersede the development of speech. And when children are learning, music and song are frequently used to aid the process (e.g. the Alphabet Song).

The importance of music does not end with childhood development. For centuries, music has been used to calm and relieve stress, to promote unity in a group, and to excite people. Babies calm with lullabies, adults can be more productive, or even be lulled into spending more money in stores. And more recently, research has shown that learning and playing musical instruments throughout life can improve cognitive functioning and delay the onset of dementia.

But what about music as a therapeutic tool?

Music has been used in some capacity to heal since at least the Ancient Greeks, with such philosophers as Aristotle discussing its cathartic effects on human emotion. In modern medicine, music was used in the therapeutic setting in the 18th and 19th centuries to treat a wide variety of diseases, although it is not clear how effective these interventions were.

By the 1950s, with the formation of the National Association for Music Therapy, rigorous educational models in the practice of music therapy, in combination with research, brought the field into the modern era. Music therapy was incorporated into psychiatric institutions, nursing homes, rehab centers, and hospitals, mostly to help ease pain and anxiety. By the late 1970s, people like Dr. Concetta Tomaino and Dr. Oliver Sachs started to realize that perhaps it could be useful in more than just easing pain, that it could be a tool to aid in the recovery of function.

Music and the Brain

The processing of sound is a complex process in the brain. Sounds vibrate the ear drum and activate the cochlear nerve. This nerve brings data to the cochlear nucleus, which sits in the lowest part of the brain (the brain stem) and passes information up into bilateral superior olivary complexes, which sit in the pons. These structures pass information higher into the thalamus, which acts as a relay of sensory information to the cortex and as a regulator of consciousness. Finally, in the cortex, sound is processed into more consciously recognized patterns, such as speech, music, etc. In this way, sounds have an effect on the most primitive and most advanced parts of the brain.

More recently, scientists have found that music and speech are processed by overlapping but different areas of the brain, showing how music is likely a fundamentally different product in the brain than speech.

While the data presented in the above figure show some of the cortical areas that process speech and music, there are many other areas that will be activated by speech, song, or both.

RELATED: Jenny Burton: “Singing is the Best of Who I Am”

Over the last several years, music therapy has been shown to be effective in aiding recovery of brain injured patients. Multiple studies have demonstrated that music therapy is beneficial in patients recovering from strokes.

In retraining speech in patients suffering from aphasia (inability to speak), Cortese et al used a technique called melodic intonation training to improve communication. Not only did it improve the rhythm (or prosody) of speech, but also helped patients improve their abilities to name objects, to comprehend speech, and to communicate overall. Schlaug et al have shown that melodic intonation training engages areas of the brain used for processing music (mostly in the right hemisphere) and changes brain connections allowing these areas to be used in speech as well.

There has been an exponential increase in the utilization of music therapy in brain injured patients over the last several years due to the low risk and generally low costs of these interventions. There is still significant work to be done, to best delineate how these therapies are effective, to see to what degree they are effective, and to determine which interventions in particular are most useful. Thanks to the pioneering work and tireless promotion of practitioners like Drs. Sachs and Tomaino, that future is possible. 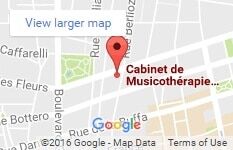